View of the construction of Hinkley Point C

Hinkley Point C, in Somerset is the first nuclear power station to be built in the UK in over 20 years, to provide low-carbon electricity for around 6 million homes.

It will be the first in a new generation of nuclear power stations in the UK, creating thousands of jobs and providing lasting benefits to the UK economy.

Hinkley Point C is one of the largest and most complex projects in Europe, with over 4,000 workers constructing the new site.

Millions of cubic metres of earth will be moved and three million tonnes of concrete will be needed during the large-scale project.

Kier BAM Joint Venture, one of the companies carrying out earthworks, site preparation and infrastructure at Hinkley Point C, needed to protect the edge of a 50-metre excavation site during the construction of the nuclear reactor, preventing site vehicles from driving into the hole in error.

They also needed a system in place to provide a clear separation between the vast construction areas and the access routes for pedestrians and vehicles.

As a trusted and experienced provider of protective and delineation barriers, Hardstaff had just the solution. 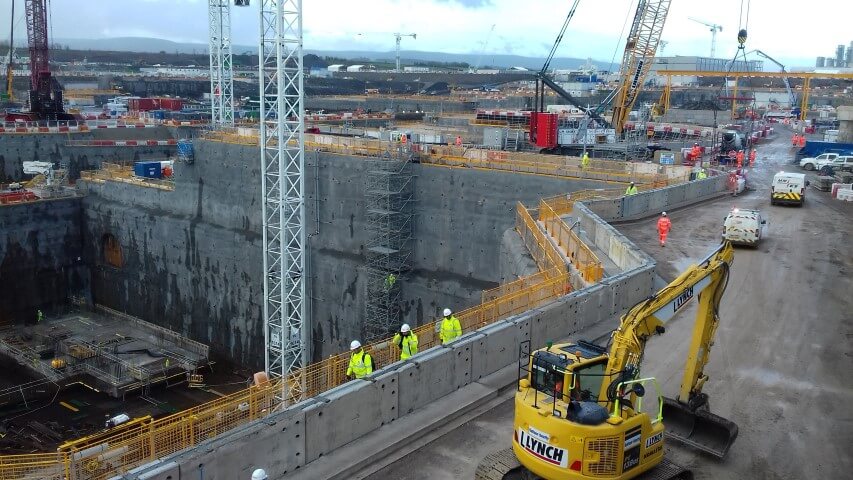 The unique Fleximax high containment vehicle restraint system was installed to provide protection around the edge of the major excavation site.

Fleximax is an engineered Maxibloc barrier with steel hinges allowing the system to go around tight radiuses and angles, which was a requirement at this site.

A REBLOC RB140SFS_5.5 permanent concrete vehicle restraint system was also put in place to protect the workforce from deviating vehicles within certain areas of the power station.

Both barriers are tested very high containment (H4a) restraint systems, proven to withhold a 30 tonne HGV travelling at speeds of up to 65kph at a 20-degree impact angle.

If an errant vehicle drives onto the base of the system, it helps to stabilise the barrier during impact.

To date, more than 10,000 metres of MASS barriers have been installed at Hinkley Point C. 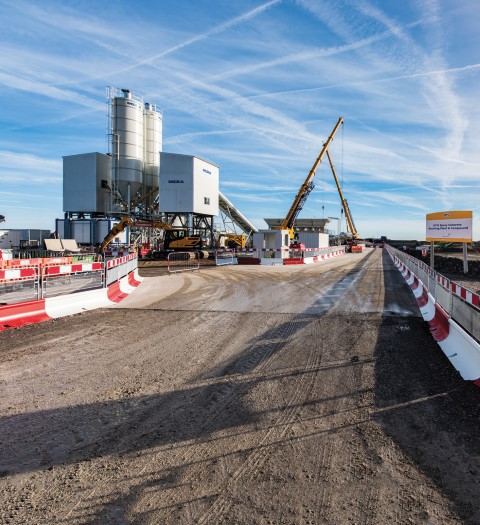 The barriers, which have been in place at Hinkley Point C since 2018, have helped to create a safe working environment and have established clearly defined work, vehicle and pedestrian zones across the extensive site.

Hardstaff is proud to be helping to improve safety at this important site, which will ultimately make a major contribution to the UK’s move to reduce carbon emissions.

“This section, with a difference in height of up to 30 metres, will hold the cooling water inlet and outlet systems. During the system’s period of service two tunnel boring machines (TBMs) will be launched.

“The crest alignment didn’t allow any of the standard vertical concrete barriers (VCB) systems to be implemented.

“Hardstaff developed the flexijoints to adapt to this intricate alignment maintaining the protection required by the client. 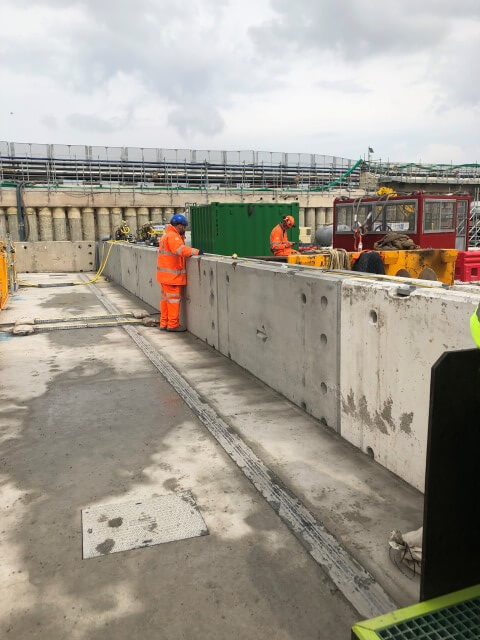 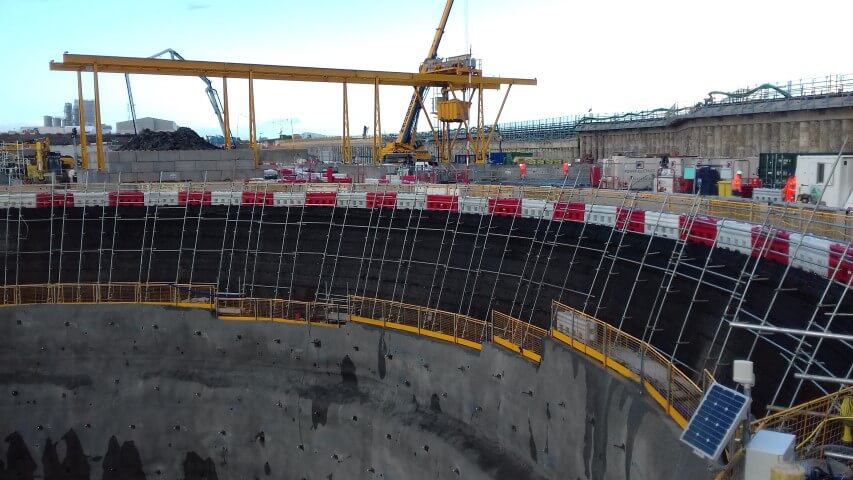