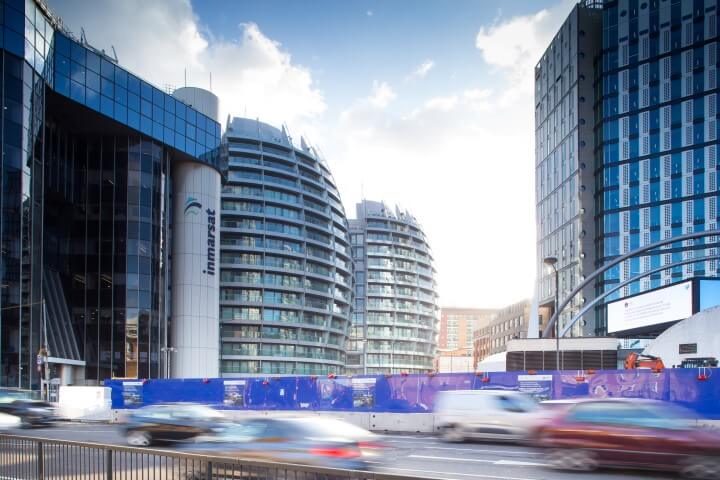 A major project is currently underway at Old Street in London to remove a busy roundabout, remodel the entrances to the Tube station and create a new public space.

The project is aiming to drastically improve safety in Old Street, particularly for pedestrians and cyclists, two of the most vulnerable road user groups in the city.

The scheme is part of the Mayor’s Vision Zero action plan, which is seeking to eliminate all deaths and serious injuries on London’s transport system by 2041.

Old Street is one of London’s busiest stations, with around 18 million passengers annually.

Morgan Sindall, the company carrying out the work on behalf of TfL, needed to install a barrier system around the construction site in order to keep the public safely away from the work taking place and protect the workforce from passing traffic.

The company was also keen for the work to go on out of sight and to improve the appearance of the area during the scheme.

As a leading and trusted supplier of roadside safety barriers, Hardstaff was appointed by Morgan Sindall to install Multibloc temporary vehicle concrete barriers (TVCB) coupled with hoarding panels around the construction site.

Multibloc barriers are designed to deflect errant vehicles away from the workforce, protect road users from site hazards and prevent unauthorised vehicular access. The barriers are surface-mounted, without the need for drilling into the ground.

Produced in blue to match TfL branding, the smart wooden hoarding panels with aluminium cladding were installed on top of the Multibloc barriers around the entire roundabout.

The barrier and hoarding system, which has a professional appearance, also provides protection from debris entering and exiting the site and allows work to take place without being in full view of the public. 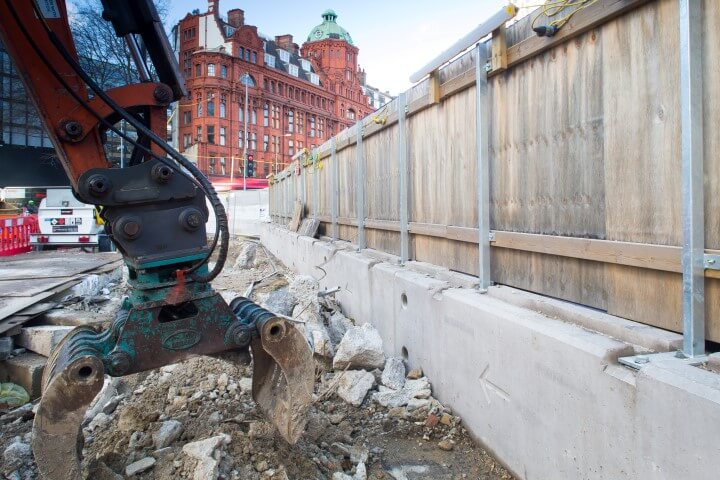 The barrier and hoarding system provides a safe environment for the Morgan Sindall construction team to work in, protecting them from vehicles using the busy roundabout and shielding members of the public from the work going on.

The blue hoarding panels, matched to TfL’s branding, also ensures that the construction area looks presentable from the outside. Public information boards, giving details of the improvement work taking place, have been attached to the panels alongside other important notices.

A member of the Morgan Sindall team said: “The hoarding was installed to separate the public from the site and also create a good visual impression.

“It has allowed us to undertake construction work right adjacent to the back of the hoarding while still providing a substantial barrier.

“I have found the service from Hardstaff to be professional.” 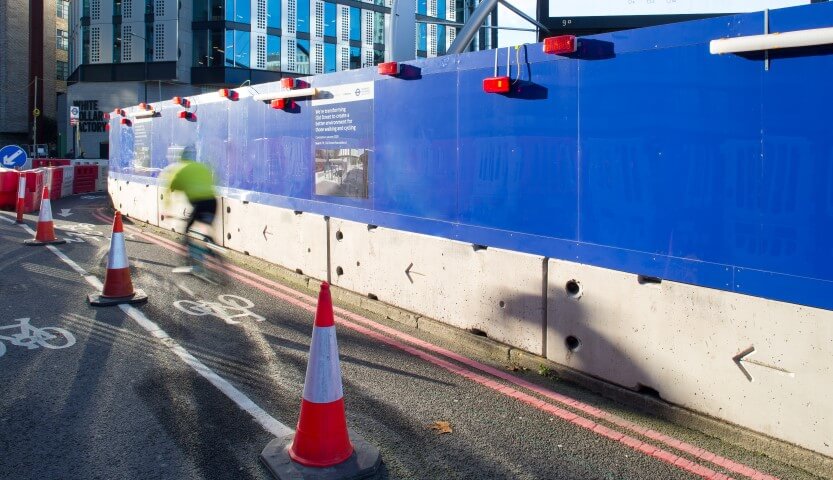 “I have found the service from Hardstaff to be professional.”
Morgan Sindall