Before take off, jet aircraft produce strong and powerful winds, known as jet blasts, which are capable of causing injury to people nearby and damaging vehicles, buildings and objects. It is vital that passengers and airport workers are kept at a safe distance from the aircraft during taxiing and that safety measures are in place to protect them.
London Stansted Airport is undergoing a £600m transformation project which includes a new arrivals terminal and various upgrades to the existing terminal.
VolkerFitzpatrick is the main contractor in a number of individual projects, which include creating new aircraft parking stands, new taxiways, additional aircraft holding areas and new aircraft stands.
Stansted is the UK’s fourth-busiest airport with hundreds of flights taking off every day. The VolkerFitzpatrick construction team, who spend each day working close to the aircraft, needed protection from the frequent powerful jet blasts.

As a trusted supplier of temporary airside barriers and protection products, Hardstaff was appointed by VolkerFitzpatrick to install a BlastDefender fencing system around the construction site to protect the workforce behind it.
BlastDefender works by redirecting the jet blast and eliminating dust and debris, preventing damage and injury.
The highly visible red and white fencing provides protection from blast speeds of up to 75mph.

The BlastDefender panels were attached to Multibloc barriers, a temporary vehicle restraint system (TVRS), without the need for ground anchorage. 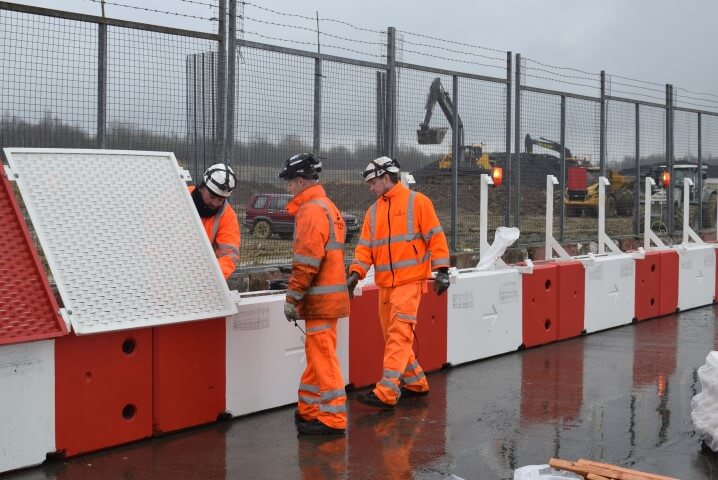 BlastDefender provided essential protection for the VolkerFitzpatrick workforce from jet blasts, allowing the construction team to carry out their work safely.
The team were able to focus on the important airport expansion project, safe in the knowledge that their team were protected from the force of nearby jet blasts and debris.
Hardstaff delivered a swift and professional service, installing and removing the fencing on time and as agreed.
The system, which was quickly and easily installed, provided a complete safety solution without the need for repeat maintenance visits or inspections. In turn, this helped to reduce the carbon footprint.

“We just couldn’t work without this system in place because we are so close to the aircraft.”
“I’m impressed with what Hardstaff have done here on this occasion, and previously, and the standards that they deliver.

“We have worked with Hardstaff before and we knew what they can offer, so we wanted to work with them again.” 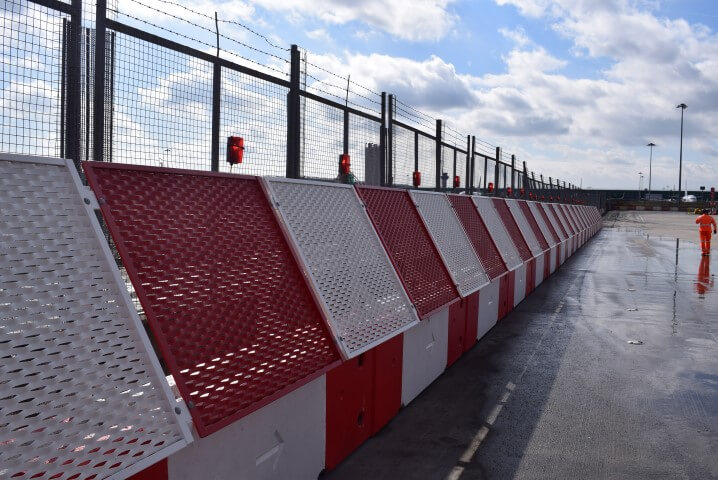